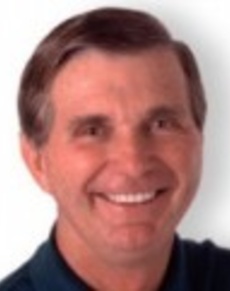 Gary Wiren was the 14th person to be inducted into the SDGA Hall of Fame. A native of Omaha, Neb., the Huron College graduate is recognized as one of the best golf instructors in the world. He has written or participated in the writing of more than 200 magazine articles and 11 books. He has 13 film credits and four videos on the market, including the award-wining “The Fascinating World of Golf.” He has taught more than 250,000 people in 34 countries. He has been featured on ESPN’s “How to Play Your Best Golf” and the Golf Channel’s “Preserving the Game.” Gary is a three-time national winner of the Golf Collectors’ Society wooden-shafted tournament and one of its premier collectors. He has won the South Florida Seniors PGA title, the South Florida long-driving championship, played in the U.S. Senior Open and the PGA Senior Championship. For six years Gary was a professional panelist for Golf Digest magazine. Gary has received several awards, among them the national Joe Graffis Award for educational contributions to golf from the National Golf Foundation and the National Merit Award from the Golf Course Owners Association of America. He is an honorary member of the New Zealand PGA and an educational consultant for the Japanese PGA. In 1987 Gary was named by the PGA of America as its Teacher of the Year. He is currently ranked ninth in Golf Digest magazine’s list of the 50 best teachers. He is a member of four halls of fame in the United States.