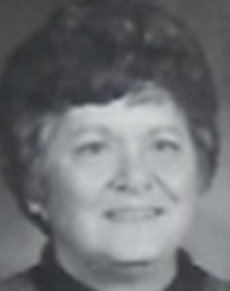 Anne Borgmann became the 23rd person to be inducted into the SDGA Hall of Fame. Her golfing accomplishments include winning the Senior Division of the SDGA Women’s Stroke Play Championship 5 times. She also won the SDGA Husband-Wife Championship with her husband, John, in 1977 and 1978. Anne played in every SDGA Women’s Stroke Play Championship for over 20 years and during those years she qualified for the championship flight every time except one. In addition to her SDGA accomplishments, Anne’s first-place finishes include the Westward Ho Country Club Championship 3 times, the Westward Ho Country Club Senior Championship 4 times and the Sioux Falls City Senior Championship 2 times. She was the Elmwood Golf Course club champion from 1972-1974 and has participated in many Sioux Falls City Tournaments. Anne also won several club championships and small invitational tournaments in Columbia, Missouri. Anne was named the SDGA Senior Female Golfer of the Year 5 times.