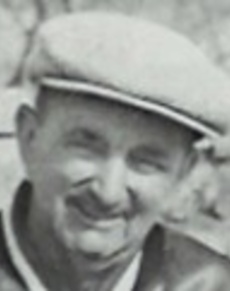 Warning: Invalid argument supplied for foreach() in /home/sdgadotorg/public_html/wp-content/themes/fluid44/includes/setup-shortcodes.php on line 2178


Warning: count(): Parameter must be an array or an object that implements Countable in /home/sdgadotorg/public_html/wp-content/themes/fluid44/includes/setup-shortcodes.php on line 2261

Warning: Invalid argument supplied for foreach() in /home/sdgadotorg/public_html/wp-content/themes/fluid44/includes/setup-shortcodes.php on line 2269

John DeRudder became the 17th person to be inducted into the SDGA Hall of Fame. John started his career in golf at the age of 12 when he began caddying at the Midlothian Country Club in Chicago, where he later served as caddy master and assistant professional. He worked at courses around the Chicago area after he served 4 years in World War II. In 1956, John became the head pro at Arrowhead Country Club in Rapid City. After 9 years at Arrowhead, John moved to Meadowbrook Golf Course and became the pro there until his retirement in 1983. John helped develop many fine golfers, including fellow SDGA Hall of Fame members Kathy Kober and Mike Brummer.