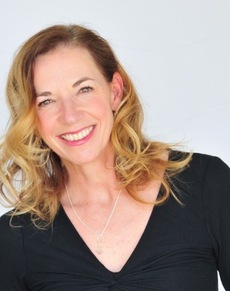 Kris Tschetter became the 57th person to be inducted into to the SDGA Hall of Fame. Kris won six SDGA Championships between 1979 and 1986, including four consecutive Women’s Amateur championships from 1983-86. She also won the 1983 American Junior Golf Association (AJGA) Tournament of Champions and qualified for the 1984 U.S. Women’s Open Championship. She graduated from Texas Christian University in 1987 after a stellar career in which she was named all-conference three times and finished ninth in the 1987 NCAA Championship. Kris joined the LPGA Tour in 1988. She and Billy Andrade teamed up to win the JC Penney Classic in 1991 and Kris won the 1992 Northgate Computer Classic in Minneapolis. She finished second in two major championships, the 1996 U.S. Open and the 1997 Nabisco Dinah Shore. In 2005, Kris tied the nine-hole LPGA record in relation to par when she shot 29 (-8) on the back nine during the third round of the Weetabix Women’s British Open. A member of the LPGA Legends Tour, Kris won the 2015 Walgreens Charity Classic in Phoenix and later that year helped the Americans defeat the World Team in the ISPS Handa Cup. Kris received the Heather Farr Award in 2000 after coming back from the first of many hip surgeries that hampered her during her career. In 2002 she was named one of 10 outstanding young Americans presented by the United States Junior Chamber. Kris is a member of the South Dakota Sports Hall of Fame and the Texas Christian University Hall of Fame. Her heartwarming account of her long friendship with golf legend Ben Hogan, Mr. Hogan, The Man I Knew, has earned rave reviews from fans and critics alike.