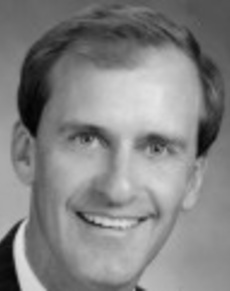 Pat Lockwood became the 42nd person inducted into the SDGA Hall of Fame. Pat has won 10 SDGA championships. He won the Men’s Match Play title in 1991, won the Men’s Amateur Championship in 1981 and 1998, and teamed with Mark Amundson to win five Two-Man championships and teamed with Mike Brummer to win two Two-Man championships, the most recent in 2008. He has been a runner-up in the Match Play Championship three times (1990, 1996 and 2006) and a runner-up four times in the Men’s Amateur Championship (1977, 1980, 1982 and 2001). Lockwood has competed in four U.S. Mid-Amateur Championships, one U.S. Amateur Championship, and has represented the SDGA in three USGA Men’s Team Championships, including 1994 when he finished as the fourth low individual scorer. A winner of 12 Brookings Country Club championships and 10 Brookings City championships, Lockwood played collegiately 2½ years at the University of Missouri, where he won one tournament his sophomore year, and a year at South Dakota State, where he finished second in the North Central Conference meet. He was also eighth in the 1976 Insurance Youth Classic national tournament, a prestigious tournament for junior players. Lockwood was an assistant golf professional at Westward Ho Country Club from 1983-85 and after becoming a Class A professional in 1986, served as the head professional at Moccasin Creek Country Club in Aberdeen. He was reinstated as an amateur in 1989. He coached both the men’s and women’s golf teams at South Dakota State for five years, leading the women to two NCC championships. Lockwood served on the SDGA board of directors from 1995-2001 and has been a member of the USGA Senior Amateur Committee since 2002.